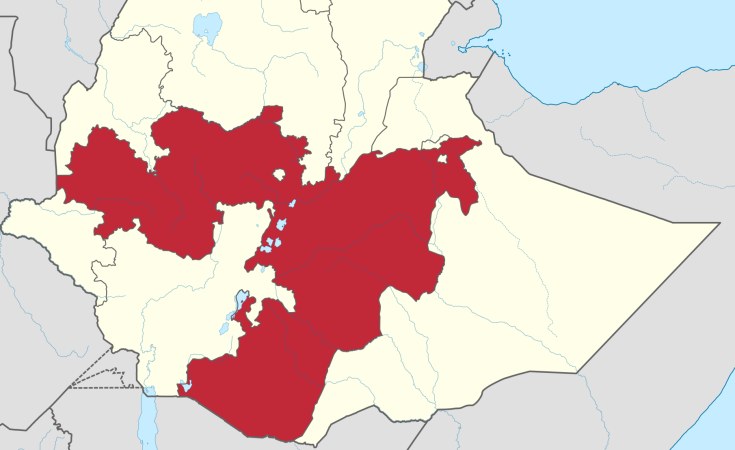 Addis Abeba — In its annual report which reviewed the year 2022, Oromo Legacy Leadership & Advocacy Association (OLLAA), a leading diaspora-based Oromo advocacy group, called the year as "difficult year" compounded by extreme human rights violations in the Oromia region and called the international community, including the African Union to influence the government in Ethiopia to allow independent investigations into atrocities committed not only in 2022, but since Prime Minister Abiy Ahmed has came to power in 2018.

In its 33 pages annual report "Human of Oromia", OLLAA emphasized that the UN and other investigatory bodies must be given access to the Oromia region in order to conduct "independent, impartial, thorough, and credible, investigations on allegations of human rights violations" committed throughout Oromia by security forces ostensibly deployed to maintain peace and other actors and other armed actors operating in the region, and "prosecute those individuals found responsible for human rights violation."

"Greater action must be taken by all stakeholders, including both the Ethiopian government and the international community, to ensure that the rights of Oromo civilians are upheld throughout Ethiopia," the report said.

Based on media reports, its own researches and evidence gathering, OLLAA documented in its report countless human right violations committed against Oromo civilians, including "extra-judicial killings, arbitrary detentions, torture, inhuman treatment, denial of access to medical care, and the destruction of property".

Human Rights violations are rife in the past five years that have inflicted devastating harms to war-torn areas including Tigray and Oromia regions. A recent report by the Ethiopian Human Rights Commission (EHRC) revealedthat civilians are caught in crossfire and subjected to alarming crimes amounting to "grave violation of human rights" due in most part to attacks by armed groups operating in the region, including by armed militia crossing over from the neighboring Amhara regional state; civilians are also increasingly being targeted in militarized clashes and deliberate attacks involving government security forces and armed groups.

OLLAA, which has documented its own report into atrocities and extreme human rights violations in Oromia region urged the international community to pressure the government to "fulfill its obligation to respect and uphold fundamental rights" in line with Universal Declaration of Human Rights principles.

"the situation throughout Oromia became increasingly volatile, as conflict and the drought led to mass displacement and human rights abuses were perpetrated against Oromo civilians with impunity."OLLAA

Similarly, in what it referred to as "Ethiopia's Other Conflict" Human Rights Watch (HRW) said that "well before the conflict in northern Ethiopia, there has been widespread impunity for ongoing rights abuses in Ethiopia's Oromia region, including in areas already suffering from conflict. Many of these abuses still persist and require urgent international attention."

OLLAA's report said "2022 was a difficult year for the Oromo," and that "the situation throughout Oromia became increasingly volatile, as conflict and the drought led to mass displacement and human rights abuses were perpetrated against Oromo civilians with impunity."

The report stated that there were credible reports of attacks against Oromo civilians perpetrated by state agents, including members of the Ethiopian National Defense Forces (ENDF), Amhara regional forces, and the Oromia regional security forces and police, adding "attacks have ranged from acts of physical violence perpetrated against civilians-including extrajudicial executions to the destruction of civilian property".

"Indiscriminate attacks across Oromia have drastically increased, as multiple drone strikes took place in heavily-populated areas killing several dozen civilians throughout western and central Oromia," it emphasized, adding "in the attacks that took place on 02 November 2022 in which dozens of people had died and hundreds were injured in Bila, West Wollega zone".

There were numerous attacks against Oromo civilians mainly by the "Amhara militia group known as Fano" in 2022 within Oromia frequent in "the East Wollega, West Wollega, and Horo Guduru Wollega zones and in the Wollo Oromia Special zone of the Amhara region, it emphasized. The report also underscored the attacks have increased in recent months, leading to mass displacement and the death of civilians that on the 25th and 29th November Fano militias carried out two separate attacks on residents of the Kiremu district, East Wollega zone, which were followed by attacks in the Gida Ayana district.

The entire "population of 19 villages" in Kiremu had been displaced due to the violence, it emphasized, adding "the Oromo civilians were routinely faced arbitrary arrests and detentions in 2022," the report added. It was also reported the catastrophic attacks in Kiremu district, East Wollega zone of Oromia region, killed dozens of people, including Damtew Kefyalew Gemeda, Kiremu District Court judge which the residents witnessed that the attacks took place on 25 and 29 of November, 2022 blaming the Amhara militants called "Fano" for the attack.

The report also highlighted the systemic nature of human rights abuses perpetrated against Oromo civilians throughout Ethiopia that Oromos have been frequently subjected to violent attacks, by state agents and non-state armed actors.

OLLAA has recommended the urgency of pressuring the Ethiopian government to fulfill its duty to protect and promote the human rights of the Oromo people, and to launch an independent investigation into the allegations of human rights abuses, and to enter into negotiations for a comprehensive ceasefire agreement with the Oromo Liberation Army (OLA) as it has done with the TPLF.

It also called for the establishment of inclusive transitional justice mechanisms, including an inclusive dialogue process that can lay the groundwork for lasting peace and regional stability. AS

Protecting Women and Girls Affected By Conflict and Drought

Next Story
Tagged:
Copyright © 2023 Addis Standard. All rights reserved. Distributed by AllAfrica Global Media (allAfrica.com). To contact the copyright holder directly for corrections — or for permission to republish or make other authorized use of this material, click here.