Africa: Underwater Noise Is a Threat to Marine Life 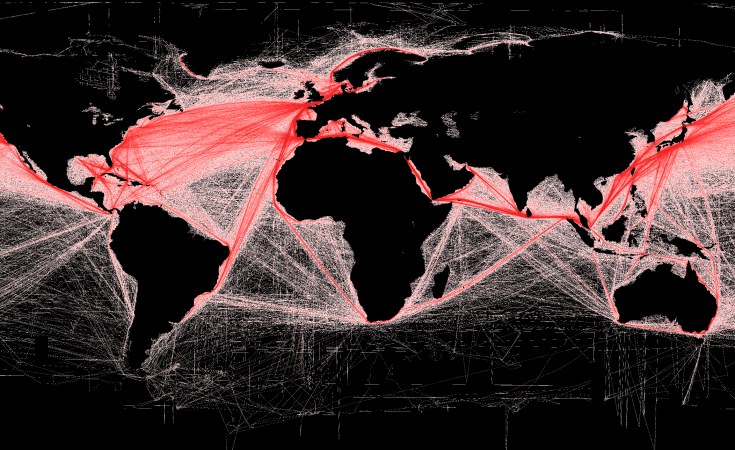 Oceans are full of sound. Waves, earthquakes and calving icebergs all contribute to the underwater soundscape. But so do human activities, and this can be a problem for marine life as it can seriously affect their physiology, behaviour, reproduction and even survival.

Being able to produce and detect sound in an environment where light penetrates only a few hundred metres is crucial for animals to communicate, feed, avoid predators and navigate vast underwater habitats. Large whales generate low frequency communication calls that can travel thousands of kilometres. While the snapping shrimp, native to the western Atlantic, can produce a loud snapping sound capable of stunning and killing its prey.

The noise generated by humans changes the natural acoustic environment of our oceans and our capacity to produce it is increasing. Noise is often the unintentional byproduct of transport, infrastructure development and industry.

Yet noise can also be produced deliberately. Many navies use sonar to detect ships and submarines, while geologists survey the seabed for oil and gas using seismic airguns. The noise produced by an airgun can exceed 200 decibels (louder than a gunshot at a range of one metre).

Sound travels further and four times faster in water than in air (at a speed of almost 1,500 metres per second). The noise produced by humans can therefore spread considerable distances underwater. These sounds can be relatively constant, such as the noise produced by a ship's engine and propeller, or sudden and acute in the case of naval sonar and seismic airguns.

The sound produced by a seismic airgun can cause permanent hearing loss, tissue damage and even death in nearby animals.

Evidence for the lethal effects of noise can be hard to document in the open ocean. But seismic surveys have been linked to the mass mortality of squid and zooplankton. In 2017, research revealed that a single air gun caused the death rate of zooplankton to increase from 18% to 40-60% over a 1.2 kilometre stretch of the ocean off the coast of southern Tasmania.

The use of naval sonar has also been associated with the mass stranding of several whale species in the Caribbean, Europe and East Asia. Mass stranding events involve entire pods of animals simultaneously beaching themselves.

Examination of the dead whales revealed they had suffered trauma similar to decompression sickness. This was believed to have been caused by sudden changes in their deep diving behaviour following exposure to sonar.

Over the past two decades, research has also revealed the widespread impact of chronic noise exposure on animal behaviour and physiology. These impacts can extend well beyond the noise source and affect vast areas of the ocean.

Laboratory studies on the sea hare - a marine slug - revealed that exposure to boat noise led to a 21% reduction in successful embryo development. Individuals that hatched also suffered a 22% higher death rate than sea hares that were not exposed to boat noise.

These findings demonstrate the negative effects that a common source of underwater noise can have on animal development and survival. If these laboratory results can be applied to natural environments then such impacts could threaten entire populations of marine species in particular areas.

Observing the movements, feeding, communication, resting and social interactions of animals provides scientists with a method for exploring the effects of noise.

The behavioural impacts of noise on marine mammals are particularly well studied due to conservation concerns and their reliance on sound for communication, foraging and navigation. Many of these species move large distances and long-range communication is crucial for coordinating social interactions and reproduction.

Shipping noise has led to marine mammals altering their vocalisation patterns. This includes making calls longer and more repetitive or waiting until noise levels drop before calling. Research has shown that shipping noise made within 1,200 metres of humpback whales has caused the whales to either reduce or stop their calling in the waters surrounding the remote Ogasawara Islands in Japan.

Despite these vocal adaptations, noise can negatively affect animals' feeding behaviour and increase physiological stress. Research found that a reduction in shipping following the 9/11 terrorist attacks led to a six decibel drop in noise levels in the Bay of Fundy on Canada's Atlantic coast. This coincided with lower levels of physiological stress detected in North Atlantic right whales when researchers measured stress hormones from floating whale faeces.

Noisy oceans are having a profound negative impact on marine life. Taking action to protect and restore natural soundscapes is a key priority for conservation.

The good news is that noise is removed from the environment as soon as the sound source is switched off or turned down. Technological developments in ship design, such as reduced propellor cavitation (the formation of air bubbles on the surface of a propeller), have already lowered the noise produced by ships.

Small adjustments in speed can also substantially lower engine and propeller noise. Research has found that a 15.6 to 13.8 knot reduction in the average speed of commercial ships can reduce underwater noise pollution by more than 50%.

But global awareness of the impact of noise on ocean health needs improving and policies aimed at managing sound and implementing technological solutions must be more rigorous. These are readily available solutions that promise a brighter - and quieter - future for our oceans.