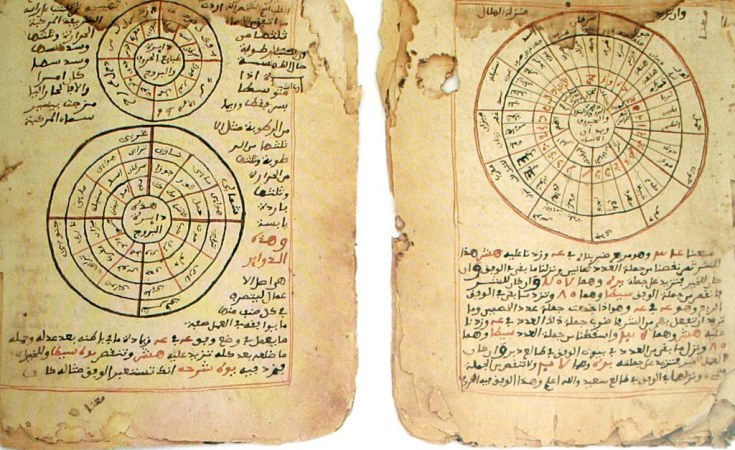 International cooperation is needed to recover artefacts stolen from the country's conflict-ridden regions.

In early 2022 it was reported that centuries-old Ethiopian relics, including manuscripts and bibles, were being advertised for sale online on marketplaces such as eBay. Most were allegedly being looted from Tigray, with thefts also reported in the adjacent Amhara and Afar regions. Instability caused by the two-year war in these northern regions made looting and trafficking easy.

According to sources who requested anonymity, an investigation in Amhara National Regional State last year revealed large-scale artefact looting. The inquiry found that about 1 721 registered movable artefacts were lost or stolen from seven administrative zones during the war.

Of these, 1 155 were removed from the Dessie Museum and Merho Palace and Museum alone. The number is probably higher as not all the antiquities are officially registered. In addition to those taken, 379 movable artefacts were destroyed, 73 were partially damaged, and 91 were fully damaged.

While the federal government denounced the destruction of cultural heritage during the conflict, it has received little attention since. The country's major investigation into the war, conducted jointly by the Ethiopian Human Rights Commission and the United Nations High Commissioner for Human Rights, didn't encompass the looting of relics. This was a missed opportunity because wartime misappropriation or pillaging of artefacts may constitute war crimes.

Wartime misappropriation or pillaging of artefacts may constitute war crimes

There is currently no investigation to understand the true nature and scale of trafficking in antiquities from Ethiopia's conflict regions. A recent probe by the Inter-Ministerial Taskforce established in November 2021 to oversee the investigation of crimes perpetrated in connection with the war, hasn't looked into artefact looting and trafficking. Sources close to the task force told the ENACT project that the criminal investigation was limited to destruction and looting of individuals' property.

The task force's smaller investigation in the Amhara Region doesn't depict the full scale of the problem. It was restricted to a few locations, and only identified looted and damaged artefacts that were registered. With no coherent picture available, responses are limited at this stage.

Looting is just the initial stage in transnational artefact trafficking, which involves a complex network of individuals from source, transit and illicit demand markets. Relics are bought and sold on the grey market, where the mixing of illegal with legal items makes the identification of looted antiquities difficult. This is exacerbated by the widespread use of online artefact marketplaces.

Compiling an inventory of artefacts, as was done in Amhara, is essential to uncover the scope, actors and modus operandi of trafficking. Expanding this to other regions would help build a more comprehensive picture, and facilitate national and international efforts to prosecute perpetrators and recover and repatriate antiquities.

No investigation is underway into antiquities trafficking from Ethiopia's conflict regions

Such investigations would enable government and researchers to begin collating information on missing artefacts. This first step could be the basis for diplomatic campaigns to raise awareness of the harms caused by the international sale of looted relics, and seek repatriation from private collectors or museums.

Here the government could build on its own recent success in convincing the United Kingdom to return ancient artefacts stolen by British soldiers over 150 years ago. Similarly, in 2005, diplomatic efforts succeeded in persuading Italy to return the ancient Obelisk of Aksum to Ethiopia that had been in Rome for 68 years.

To recover artefacts that have already left its borders, Ethiopia also needs to strengthen international cooperation. The country is already party to the 1970 United Nations convention against the illicit trade of cultural property, and the 1954 Hague Convention for the Protection of Cultural Property in the Event of Armed Conflict.

Given the recent looting, illicit acts linked to the trafficking of cultural heritage must be criminalised

Exploring legal and institutional channels provided by these conventions could help to prevent and disrupt transnational criminal activities. The same applies to regional cooperation to intercept and confiscate Ethiopian artefacts still in Africa.

Ethiopia's primary legislation for protecting and preserving cultural heritage, the Research and Conservation of Cultural Heritage Proclamation 209/2000, is mainly an administrative law with some penal provisions. It doesn't address the transnational organised crime elements. Given the recent looting, illicit acts linked to the trafficking of cultural heritage must be criminalised, and the offences treated as transnational and organised crimes. Specialised investigative techniques and tools should also be introduced.

Here the federal government could refer to the 2014 International Guidelines for Crime Prevention and Criminal Justice Responses with respect to Trafficking in Cultural Property and Other Related Offences. Although they are non-binding, the guidelines offer the most comprehensive framework on preventing artefacts trafficking, and are a valuable reference for legislative reform in Ethiopia.

This article was first published by ENACT.

Next Story
Tagged:
Copyright © 2023 Institute for Security Studies. All rights reserved. Distributed by AllAfrica Global Media (allAfrica.com). To contact the copyright holder directly for corrections — or for permission to republish or make other authorized use of this material, click here.