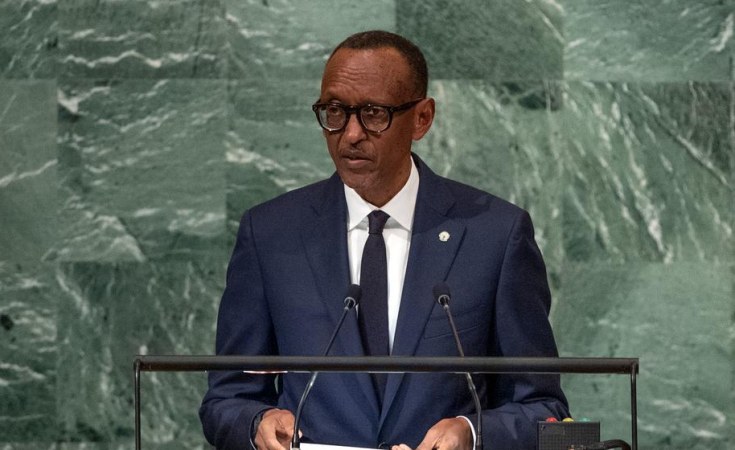 Kagame made the remarks on Tuesday, January 17 during the African conference for peace, underway in Nouakchott, Mauritania. The conference aims to fight against extremist and radical discourses.

Launched as a joint initiative between the Mauritanian government and the Abu Dhabi Forum for Peace in January 2020, this year's forum is convening several Heads of States, high-ranked government officials, United Nations agency representatives, civil society as well as the youth.

The meeting, Kagame said, comes at a time when terrorism and violent extremism are crossing borders and spreading rapidly causing harm to communities world-wide including Africa.

This, he explained, is why, as a country, Rwanda has made a deliberate choice to contribute to counter-terrorism, and post-conflict reconstruction on the African continent.

Rwanda ranks among the top contributors of peacekeepers in UN missions.

"As Rwanda embarked on its transformation journey after the Genocide against the Tutsi, building strong institutions to re-establish unity and trust was top priority," Kagame said.

"This equipped our nation with a solid foundation for long term security and prosperity," he added, "Preserving peace, however, is a collective effort."

At a time when people live in a more globalized and interconnected world, Kagame said that there is no 'one size fits all' solution to this challenge, citing that it was because context matters.

He went on to commend the African peace conference as an opportunity to strengthen cooperation.

"What Africa needs the most is the political will to put its resources together to address the root causes," he told a packed audience at Al-Mourabitoune Congress Palace.

With peace and security, he said, Africa can address challenges such as climate change, migration, and food insecurity, making the continent even more resilient against future shocks.

"We owe this to our youth, the future of our continent," he added, "The question is whether we can put our differences aside, listen to one another and work together as equal partners."

President of the Forum for Promoting Peace in Muslim Societies in Abu Dhabi, Shaykh Abdallah Bin Bayyah, said that women would be specifically included during the three days of reflection, debate and development of concrete peace-building initiatives.

"We want to raise awareness among African elites, spiritual elites and the youth, of the absolute priority that must be given to peace, and the need to implement concrete actions to promote and entrench it."

"The promotion of peace is the only possible way to guarantee access to prosperity and economic and social development," Bayyah added.

Host President Ould Cheikh el-Ghazouani, pointed out that, "This is a significant moment for everyone participating to reflect on the conditions for achieving sustainable peace in Africa."

Tagged:
Copyright © 2023 The New Times. All rights reserved. Distributed by AllAfrica Global Media (allAfrica.com). To contact the copyright holder directly for corrections — or for permission to republish or make other authorized use of this material, click here.