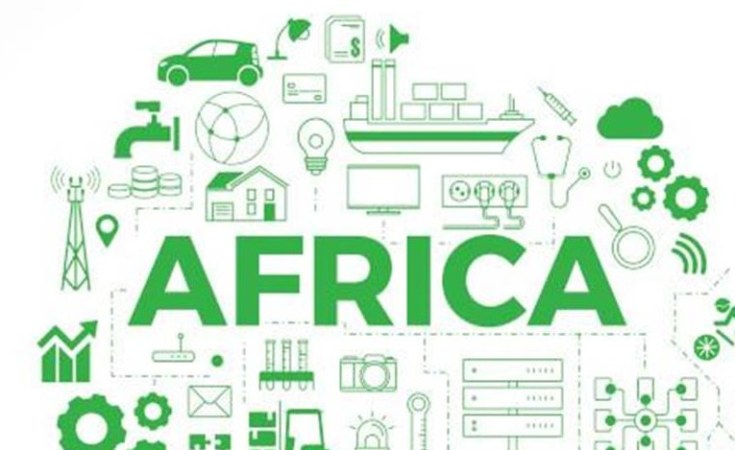 In an end-of-the-year review message, Mr. Pedro notes that the ECA - underpinned by strong performance and adept personnel - is working on delivering on its mandate to foster regional integration and promote international cooperation for Africa's development.

The ECA is one of the five regional arms of the United Nations. It held the Fourth Quarter annual Accountability and Programme Performance Review meeting (APPRM) in December 2022 during which ECA took stock of its performance and deliverance on its program of work.

The APPRM held under the theme, Setting the Scene for Enhanced Performance Review, highlighted major achievements of the ECA in delivering impactful programs while enhancing the capacity of member states to accelerate economic transformation through the formulation and implementation of effective policies in trade and development programmes.

The APPRM collectively agreed on the centrality of sustainable industrialization and economic diversification for prosperity in Africa. Mr. Pedro emphasized that the ECA needs to start 2023 with research and policy focus areas that will support member states accelerate the process of industrialization and economic diversification.

In addition, through internal and external partnerships, the ECA has delivered timely and cost-effective projects through its Sub Regional Offices (SROs) in North, West, Central, East, and Southern Africa. The SROs have been instrumental in programs on the cross-cutting issues of poverty alleviation, climate change, and the green economy, digitization, gender equality, data, statistics, trade, and finance.

Mr. Pedro said the ECA has worked tirelessly on the operations front to improve human and financial resource management, pointing to the ECA's Accelerated Recruitment Campaign, which saw the highest number of recruitments closed in 2022 compared to the last three years. Besides, the ECA has recorded the fastest reduction in the number of days taken to complete recruitment in the past year when compared to the last four years as well as having the highest level of gender parity since 2015.

In her closing remarks at the APPRM, Deputy Executive Secretary, Hanan Morsy called for deepening internal collaboration and enhanced communication, advocacy, and assistance to Member States for the furthest reach and the highest impact.

Expressing pride in ECA's achievements in 2022, Mr. Pedro was optimistic that the Commission will reach greater heights in 2023. He emphasized that the ECA needs to be clear about its priorities for 2023 as well as its value proposition.

Noting that current complexities demand a workforce equipped to deliver on the shared vision of leaving no one behind, protecting our planet, and promoting peace, Mr. Pedro said the ECA has launched the integrated change management initiative as the foundation for building ECA 2.0 This is in line with the quintet of change to make the United Nations fitter for purpose in responding to challenges confronting the world.

"We want to create an ECA brand that drives a culture of results and job satisfaction, where staff members feel empowered and are provided with opportunities to excel and make an impact, and ECA is seen as the employer of choice in Africa," said Mr. Pedro said, underscoring the need to operate with the necessary agility to offer system-wide solutions to today's challenges.

Furthermore, the ECA last year convened an innovative knowledge fair, coined the ECA EXPO which promoted and created an understanding of ECA's work. It also shared the success stories of the organization over the last three years with staff, partners, and other stakeholders including the diplomatic community in Addis Ababa.

The ECA Expo served to highlight the work of the various ECA divisions and sections including the programs conducted by the SROs in the areas of migration, climate change resilience, training, and human resources development.

"The inaugural ECA expo was one of the outcomes of this initiative and we should be proud to have delivered this important exhibition," he said, adding, "Through the expo, we were able to provide a unique platform to showcase ECA's work, celebrate our individual and collective achievements, engage with our internal and external stakeholders and provide another innovative avenue to evaluate the work that we do."

Some of the ECA's major achievements during the year under review included the launch of the ECA Young Economist Network and the training of more than 6,000 young women and girls through the Connected African Girl Coding Camp.

Mr. Pedro said despite the COVID-19 pandemic at the onset of 2022 and the triple crises of food, finance, and climate change, African countries have demonstrated resilience. The crises, he observed, offered unprecedented opportunities to change the current narrative and deliver prosperity for the African continent which remains at the center of major global transitions.

"Our countries need adequate financing, sufficient energy, the right infrastructure mix, agricultural and food systems that are resilient to external shocks and climate mitigation measures that reduce the impact of climate change," Mr. Pedro noted, suggesting that innovative solutions to these challenges exist in green sectors, for instance.

Green and blue bonds, debt-for-climate investment swaps, and carbon credits offer unique opportunities to raise necessary resources for development in Africa and Mr. Pedro said the launch of the Africa Carbon Markets Initiative (ACMI) at COP27 was a proud achievement for Africa. The Initiative seeks to produce 300 million carbon credits annually, which translates into unlocking USD 6 billion in revenue and will create 30 million jobs by 2030.

"A just energy transition remains an imperative for the continent and universal access to electricity and sustainable industrialization is a sine qua non for economic transformation," he said citing the value addition of minerals as an avenue for resource mobilization.

About the United Nations Economic Commission for Africa

Established by the Economic and Social Council (ECOSOC) of the United Nations (UN) in 1958 as one of the UN's five regional commissions, the United Nations Economic Commission for Africa's  (ECA's) mandate  is to promote the economic and social development of its  Member States , foster intraregional integration and promote international cooperation for Africa's development. ECA is made up of 54 Member States and plays a dual role as a regional arm of the UN and as a key component of the African institutional landscape.

Tagged:
Copyright © 2023 United Nations Economic Commission for Africa. All rights reserved. Distributed by AllAfrica Global Media (allAfrica.com). To contact the copyright holder directly for corrections — or for permission to republish or make other authorized use of this material, click here.