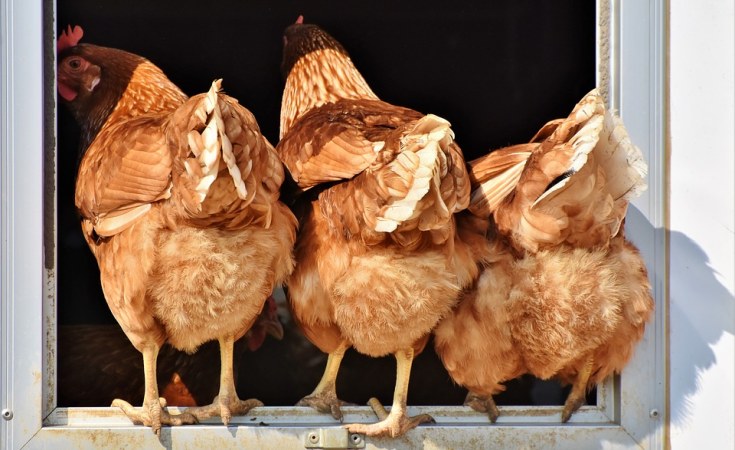 Cape Town, South Africa — South Africa's poultry farmers say they've had to cull almost 10 million chicks because of the country's power crisis. The record blackouts have slowed down production, creating a backlog in processing and no room for the chicks. Farmers' groups warn if the power cuts are not resolved soon, South Africa's longer-term food security could be affected.

South Africa's struggling state-owned power company, Eskom, this week shortened power cuts that, since December, had forced homes and businesses to go without electricity for up to 10 hours per day.

However, Eskom says the rolling blackouts will continue for at least another year to prevent a total collapse of the grid.

"When we take chickens into an abattoir there's a water bath with electric stunner and that is the main approved method of killing the chickens," he said. "And then in that whole process where we do the cut-up of the chicken, the temperature is controlled in the abattoir."

Breytenbach says the lack of power to run the machines dropped production by a quarter, creating a backlog and overcrowding on poultry farms.

The association says farmers were forced to cull 10 million chicks in just weeks.

Breytenbach warned if government doesn't resolve the power shortage soon, the price of chicken will increase even more than last year, when Russia's war on Ukraine caused feed prices to jump.

The drop in production could lead to a chicken shortage in South Africa and job losses in a country with a 33% unemployment rate.

"It's right up and down the value chain," he said. "If you think about primary agriculture; irrigation especially during this time it's peak summer. The cold chain is absolutely critical so that's where the biggest risk lies of course to ensure food quality and safety."

Boshoff said the chamber is doing a survey to determine the cost to South African agriculture.

He said farmers met on January 13 with Agriculture Minister Thoko Didiza to discuss the problem and request an exemption from power cuts.

"It's a tough ask in the current climate," he said. "We don't have enough generation online currently so if you have an exemption for one sector that means you'll need to cut from another sector."

He said the ministry agreed to appoint a task force on the issue and is expected to report back next week.

The shortage worsened in the past two years with Eskom having to cut power more than 200 days in 2022, the most ever in a calendar year.

South African President Cyril Ramaphosa this week cancelled his trip to the World Economic Forum in Davos to hold urgent meetings on the blackouts.

Despite the shortage, the government last week announced an 18% power price increase this year but was unable to say when the power cuts will end.

Tagged:
Copyright © 2023 Voice of America. All rights reserved. Distributed by AllAfrica Global Media (allAfrica.com). To contact the copyright holder directly for corrections — or for permission to republish or make other authorized use of this material, click here.