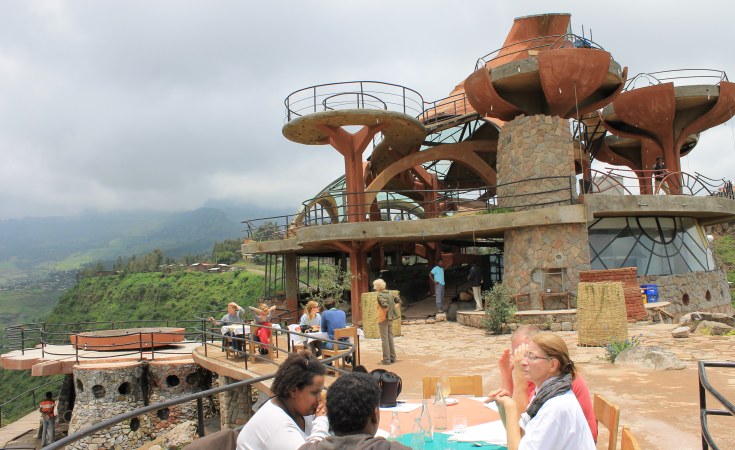 Addis Ababa, Ethiopia — Ethiopia's tourism authorities say the industry lost $2 billion during the past two years because of the COVID-19 pandemic and the war in the Tigray region. With the November peace deal between the Ethiopian federal government and the Tigray People's Liberation Front moving forward, the Ministry of Tourism is ramping up efforts to revive tourism.

Ethiopia's Epiphany festival, known as Timkat in Amharic, is expected to attract thousands of Christians during its two-day celebration, which ends today.

Rhoda Berger and her friend Fatima Arnous traveled from France and Germany and are taking part in Ethiopia's Epiphany festival at Jan Meda, Addis Ababa. The two-day celebration, known as Timkat in Amharic, ends today. It is expected to attract thousands of Christians.

"I'm half Ethiopian, half German so I've been in Ethiopia before, last time was 2020, so three years ago," Berger said. "I was actually trying to come last year but then I decided not to because of the conflict and COVID as well. But then, yeah, I really wanted to and I missed it a lot because I have family here and friends here, so I really wanted to come back and I was just waiting until the situation got a bit better."

Her friend is in Ethiopia for the first time.

"When I read ... newspapers and when I was talking to people and everything, everybody tells me yeah, you have to be careful ... . But I guess it's everywhere the same situation and I wanted to visit the country and that's why I'm here," Arnous said.

Members of the tourism sector hope the tides are turning for the industry.

Henok Abebe, who has worked as a tour guide for over 10 years in the city of Gonder, the epicenter of Timkat celebrations, saw work opportunities dwindle to nothing in the past three years as the war worsened and travel restrictions increased. Travel advisories -- specifically from western Europe, where Abebe said a majority of his guests reside -- deeply hurt his business.

During that time, Abebe and his fellow tour guides turned to local tourists. But at one point, when Tigrayan fighters had entered the Amhara region, Abebe left to join the fighting.

Ethiopia suffered heavy financial losses from the disruption to tourism, according to state minister for tourism, Sileshi Girma.

He said that, because of impacts of the war and COVID-19, an estimated 2 billion dollars have been lost in revenue as a country with the loss in business from about 3 million tourists.

With the peace deal holding, the ministry is working on revamping the battered industry. This includes reinstating flights to Tigray region cities and opening up historic destinations like the Amhara town of Lalibela.

Officials are also looking for more sources for tourism, such as countries in Africa and the Middle East.

Tagged:
Copyright © 2023 Voice of America. All rights reserved. Distributed by AllAfrica Global Media (allAfrica.com). To contact the copyright holder directly for corrections — or for permission to republish or make other authorized use of this material, click here.