Africa: How the Fifa20 Video Game Reproduces the Racial Stereotypes Embedded Within Football 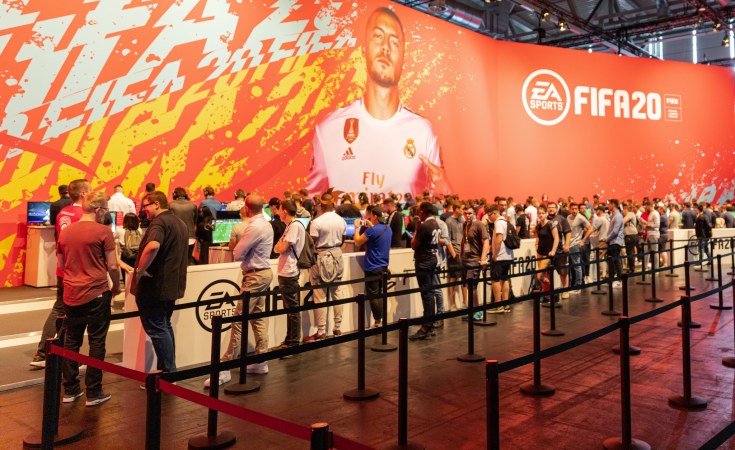 EA Sports' Fifa football videogame series is arguably the most successful sports gaming franchise of all time. Since its debut in 1993, it has sold over 260 million copies across 29 iterations. This position was reaffirmed in 2022, with its latest instalment, Fifa23, reported as the UK's highest selling videogame at Christmas.

In Fifa games - soon to be rebranded as EA Sports FC - gamers are able to simulate playing as, and against, their idols, with state-of-the-art graphics and individual player attributes that are assigned to match the abilities of real-world players. It is, as the franchise's website puts it, the "most true-to-life experience of the world's game" without physically kicking a ball about.

Our recent study into the Fifa20 game shows that physical play wasn't the only thing the game replicated. It also reproduced - within its very coding - the racial stereotypes that are deeply embedded within the sport.

How digital players are ranked

In Fifa, gamers choose to play as almost any professional club or national team. These are digital versions of current, real-world squads, which include players from Paris St Germain's Kylian Mbappé to Chelsea's Samantha Kerr. Each player's performance level is determined by a score of 1 to 99, assigned to them by the game's data collection team, which determines their ranking within the game.

This score is an aggregate value of the scores the player gets on 29 different competencies. These range from the player's ability to perform "long shots" and how high they can "jump" to their "strength" and "aggression". And the scores are based on the data collection team's interpretation of the real-world player's competencies.

In 2020, we collated data from what was, at the time, the latest instalment in the Fifa series: Fifa20. We examined the aggregate scores assigned to the white and black digital players who were ranked as the game's top 100 players. We found that when it came to competencies that the game itself had classified as "physical", black players scored more highly in almost all cases compared to white players.

When it came to attributes that the game classified as relating to a player's technical or cognitive ability, the reverse was apparent. White digital players' scores were, on average, higher than black players in almost all categories.

Put simply, our study found that the aggregate scores for the digital players' sporting attributes directly correlated with the racial stereotypes associated with black and white footballers in real life.

Sociological studies on racism in sports commentary have consistently found that football match commentators overwhelming "see" and praise white athletes for their intelligence and black players for their inherent physical prowess - even when black and white footballers are doing the exact same thing on the pitch.

This racist bias is traceable back to pseudoscience that emerged in Europe during the enlightenment era. White people were argued to be the most evolved, with the largest skull sizes - the most intelligent, learned and civilised. Black people, conversely, were positioned as the least evolved, with the smallest brains, physically and intellectually as close to other animals as they were to white humans.

The fact that this perception of black talent as simply the result of players' biology persists in professional football was perhaps most clearly demonstrated in 2018 by ex-Wimbledon footballer, Vinnie Jones. In a TalkSport radio interview, Jones said that if it were not for Chelsea and England forward Raheem Sterling's inherent ability to run fast, he would not even be a professional footballer, let alone an England international player. (Jones later said he'd changed his mind.)

Why this coding matters

Numerical values represent the foundation on which videogames are built. They influence every aspect of gameplay. In the case of Fifa20, the attributes coded into the virtual football experience dictated what these digital players could do, how they performed, and their artificial intelligence. Crucially, they shaped what the gamer literally feels when controlling each player.

You play this kind of game with a gaming controller. The tech in these pieces of kit responds to the scores that each player has coded into them. If a player scores high in their ability to dribble or to run fast, that is communicated to you through a series of vibrations you feel through your controller.

The game's descriptions of attributes put it plainly: scores for balance "influence how responsive the player you are controlling feels. High stats for agility and balance mean you'll move fluidly. A low score for balance will mean your player could feel sluggish and unresponsive."

In her 2021 book, On Video Games, visual culture and gaming scholar Soraya Murray shows how gaming is a powerful space though which children and adults learn racial stereotypes and difference. Our findings demonstrate further subtle ways in which these stereotypes are reinforced.

There is a risk that children are effectively taught that black and white athletes are meaningfully "different" through sight, sound and touch - through the seemingly innocent and banal act of play.

A spokesperson for EA Sports, the makers of Fifa20, said: "When accounting for position, there is no correlation between skin tone and skill in our game."

"The data presented within this study provides a narrow and incomplete view of overall player ratings. The study does not control for player position, which is crucial when determining a player's final attributes. Furthermore, the study accounted for 88 of approximately 17,000 players found within EA Sports Fifa20. In our most recent game, EA Sports Fifa23, this total is now over 19,000."

They said: "Racism has no place in the world of football, and has no place in any of our games. While we acknowledge that biases continue to exist in sport, it is our duty as a leader in global football to stand against them. We highlighted this in our Beat the Bias campaign alongside our partners at Copa90 in 2020." They added that teams across the company had taken unconscious bias training "as part of our continual commitment to learn, improve and eliminate prejudice within our game and the world of football."

Paul Ian Campbell, Associate Professor in Sociology (Race and Inclusion in sport and in education), University of Leicester

Infantino - FIFA Embraces Its Responsibility to Lead the Fight Against Discrimination