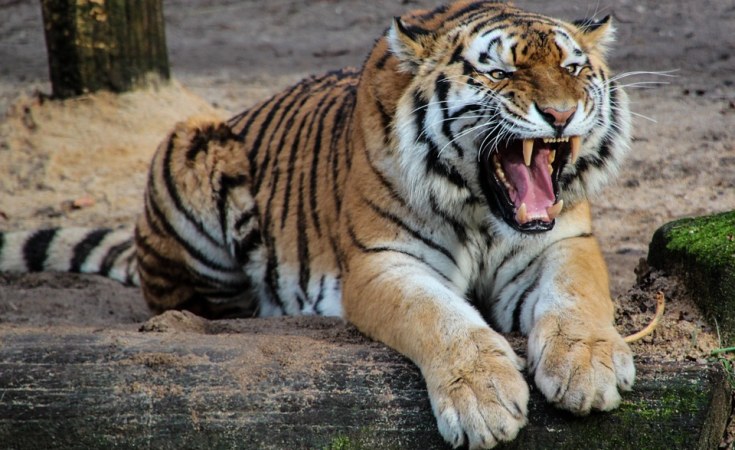 A tiger escaped from a residence and roamed the countryside outside Johannesburg, South Africa, for four days this month. It attacked a man and killed several animals, and was eventually shot by the authorities. Tigers aren't native to South Africa and are considered an alien species. Its escape highlights the country's controversial commercial captive breeding industry and the key role South Africa plays in the international big cat trade. Tigers are being intensively farmed for tourism, hunting, and commercial trade in live individuals and in their body parts.

Moina Spooner, assistant editor at The Conversation Africa, asked Neil D'Cruze and Angie Elwin to share their insights into the industry.

What are your main concerns about South Africa's captive predator industry?

The recent tiger escape in Johannesburg demonstrates the safety risk that this industry poses to wildlife farm workers, visitors and the public. Attacks by big cats in South Africa have resulted in multiple life-changing human injuries and deaths in recent years.

Although individual tigers can be tamed to varying degrees, this should not be confused with domestication. They are wild animals. They have biological and behavioural needs that can only be fully met in the wild.

Another concern we have is for animal welfare. Big cat breeding facilities in South Africa have been consistently criticised for their substandard conditions.

Also, none of the big cat facilities in South Africa have demonstrated that they are basing their breeding programmes on internationally recognised stud books or have successfully released any tigers back into the wild. Therefore, currently they provide no demonstrable direct conservation benefit.

Rather, there are serious concerns that South Africa's legal industry in captive bred tigers is a detrimental conduit for international illegal trade. A large proportion of the tigers are exported as live animals and body parts to China, Vietnam and Thailand. These are renowned hotspots for demand in tiger body parts and the illegal tiger trade.

In addition, World Animal Protection, an animal protection organisation that we also work with, has received intelligence which indicates poachers are targeting tigers in captive breeding facilities. Their heads and paws are harvested and trafficked to meet Asian consumer demand.

Another major concern we have, from our intelligence reports, is that some farm owners appear to be shifting operations from lions to tigers and ligers, lion-tiger hybrids. This may be in response to South Africa's recent announcement of its decision to end lion farming.

Is there any data on the number and location of tigers in South Africa?

According to the Minister of Forestry, Fisheries and the Environment, there are more than 350 private or government-owned facilities in South Africa that actively breed or keep big cat species. These include tigers, lions, cheetahs, leopards, jaguars, pumas, caracals, servals and hybrids.

The exact captive population size of these species is unknown, as the industry has never been fully audited. This is because there's a lack of adequate and effective regulation, resources and political will. However, according to latest unpublished data held by the provincial authorities (that we are reviewing as part of our research) and online research by Blood Lions, 492 tigers were kept in registered private facilities in 2022. According to published data, in 2019 permits were held for 5,291 lions, 373 cheetahs and 176 leopards in Mpumalanga, Free State, North West, and Gauteng alone.

Even if these figures are only part of the picture, that's an apparent increase in South Africa's captive tiger population. Previous reports by the Environmental Investigation Agency and Four Paws indicated that around 100 tigers were held in facilities across seven provinces between 2019 and 2021.

Exactly how tigers end up on commercial farms in South Africa is unclear. However, the CITES Trade Database shows that 66 live tigers were imported into the country over the last decade, mainly from Germany, Botswana, Romania and Lesotho. In comparison, 384 were exported live, mostly to zoos, circuses and breeding facilities in Vietnam, China, Thailand, Bangladesh and Pakistan.

Is enough being done to manage the industry?

South Africa is one of the few countries in Africa that still allows the commercial captive breeding, keeping and hunting of tigers, along with their domestic and international trade. This is despite a ban in 1987 on international tiger trade and a 2007 international treaty decision to prohibit the commercial captive breeding of tigers for trade in their parts or derivatives. These derivatives include their bones, bile, fat and blood, which are used in traditional medicines.

The main statute regulating big cat species in South Africa is the 2004 National Environmental Management Biodiversity Act (NEMBA). Though provincial regulations vary considerably, under the Biodiversity Act anyone who has a permit can import, possess, breed or trade in tigers.

To match legal measures already taken by the international community, South Africa should make a public commitment to end the commercial captive breeding, keeping, hunting and international trade in tigers and their body parts.

It is unclear why South Africa has not yet done this. Economic reasons are likely to be a main driver, but this is debated given the potential economic harm caused by damage to the country's international reputation. Other reasons could be the right to private ownership of wildlife and potential constitutional issues.

A comprehensive, well-managed plan will be required to ensure a responsible transition away from the current industry. This should include regular audits, inspections by the relevant authorities and proper record keeping.

This decision should be mandatory, made in lock step across all provinces in South Africa. It should also be extended to other big cat species that could potentially be used as substitutes for the illegal international trade in tiger bones.

The authors extend their thanks to Dr Louise de Waal of Blood Lions for her informative insights and for sharing the latest data on number of big cats on predator facilities.