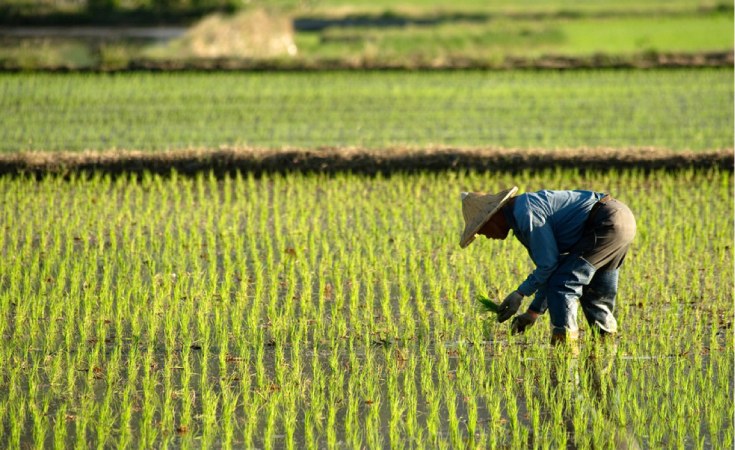 As another food crisis looms, failure to protect the vital agricultural sector against climate hazards will be disastrous.

Drought, flooding and late-onset and erratic rainfall have disrupted food systems and food security throughout Malawi's history, causing devastation and famine. Now the country faces another food crisis on the back of a series of climate events.

Agriculture is fundamental to Malawi's economy. It is the primary source of export earnings, and nearly a quarter of the country's gross domestic product is derived from it. At face value, the sector is doing well.

Yields increased per hectare from two metric tonnes in 1990 to eight in 2020, while production rose from five million metric tonnes to 29 million. Over this period, crop-producing land expanded from 25% to 40% of the total land mass and Malawi boasts the highest agricultural yields per hectare of all 23 low-income countries in Africa.

This success is due to significant investment in the sector and a government that realises its socio-economic importance. Several development policies guide the sector, including the 2005 Farm Input Subsidy Programme. In Malawi's newest long-term development plan (MW2063), agriculture is one of the country's three main pillars.

Yet food insecurity remains high, with growing concern about an unfolding food emergency. In August last year, the Integrated Food Security Phase Classification revealed that 2.6 million Malawians (13% of the population) experienced 'crisis' levels of food insecurity. By March 2023, that number was expected to have risen to 3.8 million (20% of the population) - all in need of emergency food assistance. This is significantly higher than the 720 000 people classified in 2019 and the 1.7 million classified in 2020.

Much of the current crisis results from recurrent weather shocks in a region where people are subjected to abject poverty and major subsistence dependencies. Ninety percent of all agricultural land is cultivated through rain-fed subsistence farming, with only 4% of farming land under irrigation.

Subsistence farmers predominantly grow maize for domestic staple consumption on farms of less than one hectare in size, making the sector vulnerable to rainfall variability. Regular flooding cuts farmers off from their markets, and a lack of access to irrigation reduces yields and production during periods of drought and erratic rainfall.

The droughts of the 2015/16 El Niño system required one of the most extensive emergency relief assistance programmes in Malawi's history, directly affecting 6.7 million people. The 2012 droughts caused food shortages for 1.9 million Malawians, while the torrential rains of Cyclone Idai in 2019 affected 975 000 people.

Since 2000, 42 weather-related disasters have occurred compared to 12 in the preceding 20 years

The frequency and intensity of weather disasters have increased over time. Since 2000, 42 such crises have occurred in Malawi, compared to only 12 in the preceding two decades. The upward trend in recorded economic and agricultural losses is directly attributable to a shifting climate, growing vulnerabilities in rural communities, and the sector's slow adaptation to these extreme events.

Households now face very low food stocks due to crop losses sustained after last year's Cyclone Anna caused erratic and severe rainfall in the southern districts. People increasingly rely on expensive imports to meet shortfalls, and the price of staples has rocketed due to the low harvest and rising fuel prices. The Famine Early Warning Systems Network showed maize price increases of 23% between October and November 2022.

The situation isn't likely to ease soon, with late-onset rains and below-average rainfall this season. According to a government source, the problem will be worse than expected as inadequate distribution and access to fertiliser - caused by procurement delays and high international prices - could see yield reductions of 30% in 2023. This places severe pressure on rural and poorer households that rely on markets for staples.

Consecutive harvest seasons of below-average yields have also hampered labour demand in the region. Households that depend on income from agricultural labour have had less to spend on basics, worsening their already fragile socio-economic conditions.

Climate targets, adaptation policies and allocated climate finance in the agriculture sector must be revised to tackle this growing threat. Malawi is one of the world's least developed countries - so it needs more resources for climate adaptation. It was ranked 163rd on the Notre Dame Global Adaptation Initiative (ND-GAIN) Index in 2020 (see chart), which measures a country's vulnerability and resilience to climate change.

(click on the graph for the full size image)

The country has set several climate-related targets in its first 10-year implementation plan of the MW2063, but much more is needed to weather the storm.

Adaptation finance is needed to develop climate-resilient infrastructure and climate-smart agricultural practices. Given the extent of subsistence farming in the country, locally based solutions should be prioritised. This would require a much more efficient agricultural subsidy programme, which currently disproportionately benefits richer households. Capacity should be built among all those working in this space to source, secure and apply these finances in line with climate-smart practices.

Research by the Institute for Security Studies' African Futures and Innovation team shows that agricultural development is the low-hanging fruit that can boost Malawians' wellbeing in the short to medium term. But for this to happen, the country must protect itself from climate-related threats.

This article was first published in Africa Tomorrow, the ISS African Futures blog.

Tagged:
Copyright © 2023 Institute for Security Studies. All rights reserved. Distributed by AllAfrica Global Media (allAfrica.com). To contact the copyright holder directly for corrections — or for permission to republish or make other authorized use of this material, click here.