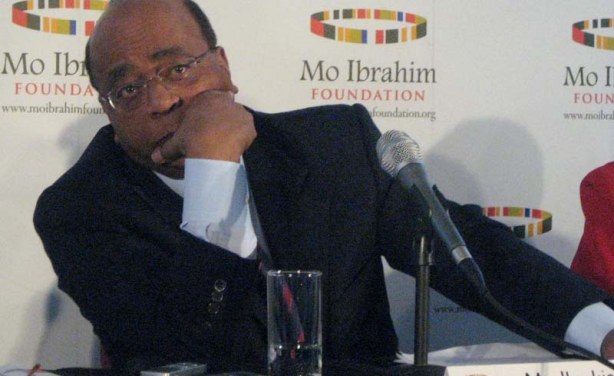 Mo Ibrahim, the founder and chair of the foundation at the news conference. The foundation is committed to supporting African leadership that will improve the economic and social prospects of the ...