A senior meteorologist has said most of the country is expected to have above normal rains and warned of more landslides and flooding in that period. 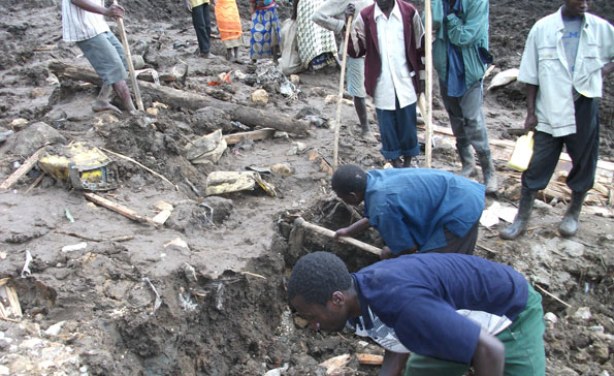 Residents dig through the rubble in the hope of finding survivors.