Millions of voters went to the polls on Sunday for general elections in which President Jakaya Kikwete is expected to win a second and final term. 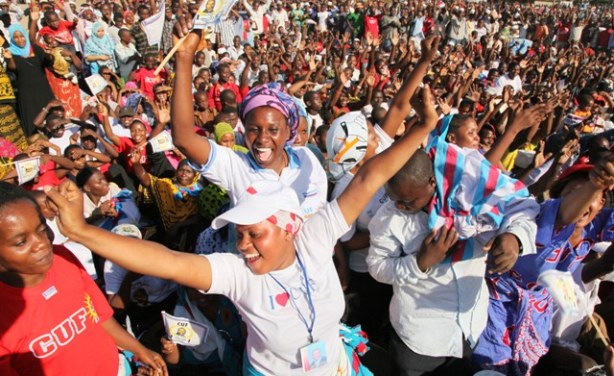 Ahead of Tanzania's elections on Sunday October 31, opposition supporters of the Civic United Front (CUF) Union cheered their presidential candidate, Professor Ibrahim Lipumba during their ...