Ahead of Liberia's election next month, the United Nations mission in Liberia has helped national partners draw up an election security plan, and officials of the Economic Community of West African States have held talks aimed at preventing regional instability from impacting the polls. 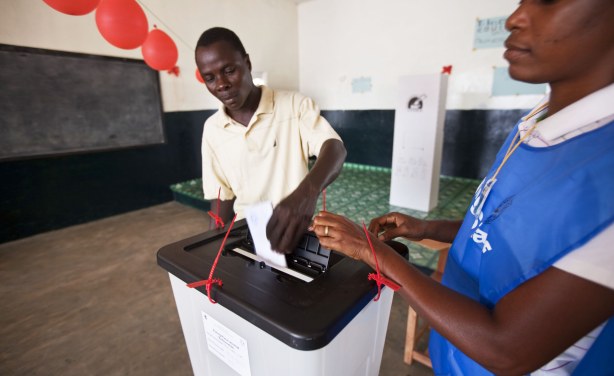 A voter casts his ballot in Liberias constitutional referendum.