Authorities Crack Down on Illegal Brews in Kenya

President Mwai Kibaki has vowed to crack down on those selling the lethal drinks after the latest deaths linked to the intake of illegal alcohol rose to 30. It is suspected that these brews are laced with poisonous substances. 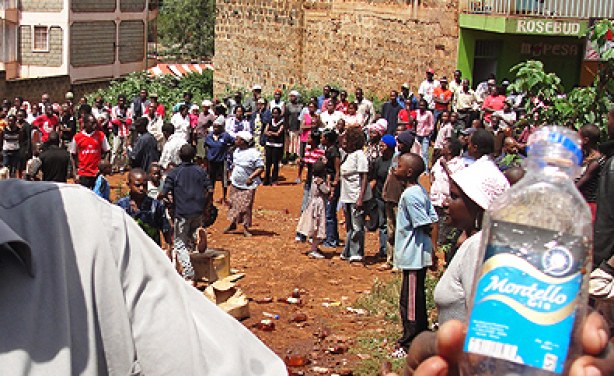 A resident of Muchatha village in Kiambu displays one of the brews 'Montello' alleged to have been consumed by four people who were found dead on September 19, 2011 morning.