As relief and jubilation greets the victory of Senegalese president-elect Macky Sall, analysts ponder on challenges that lie ahead for the new president. 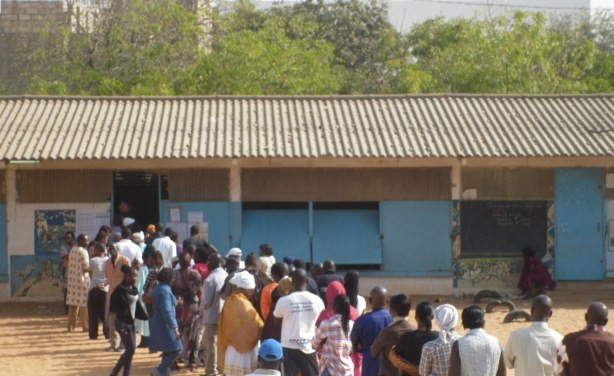 Voters line up outside a polling station.