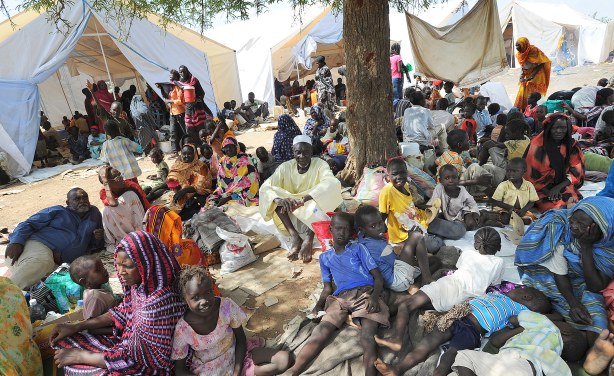 Thousands of people displaced by conflict in Kadugli, the capital of Southern Kordofan State (file photo).