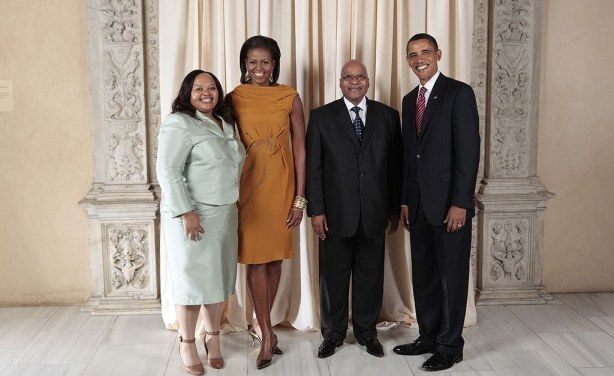 The presidents and first ladies of the U.S. and South Africa.