The 12th U.S-Sub-Saharan Africa Trade and Economic Cooperation Forum is taking place in Addis Ababa. Private sector and civil society meetings, along with a session for women entrepreneurs, precede a ministerial-level gathering to discuss how to improve, and renew, the African Growth and Opportunity Act, trade legislation which is set to expire in September 2015. The Obama administration is backing private-sector-led growth, Trade Representative Michael Froman said in an interview. 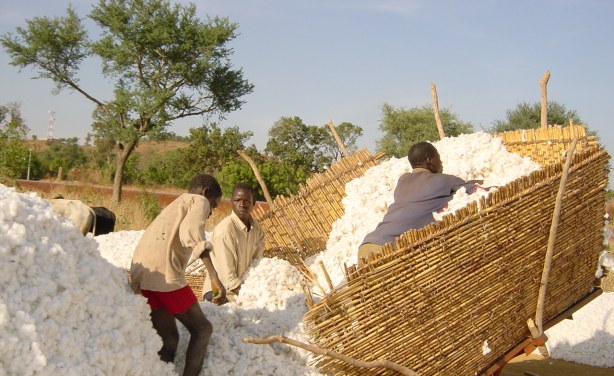 Cotton from Burkina Faso used to make textiles. Some countries hold the right to export many products, including textiles, under the quota-free and duty-free provisions of AGOA.