Millions still lack access to the health care essential for safe motherhood, including family planning. As a global community, we must continue to challenge ourselves to ensure that women, no matter where they live, have every opportunity for healthy pregnancies and to have their children delivered safely, writes Liya Kebede. 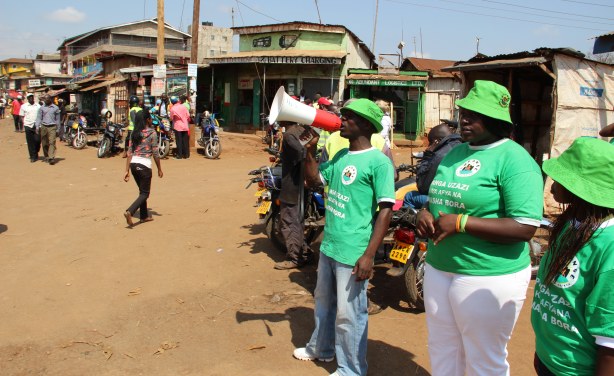 Members of Tupange - an organization that promotes family planning and reproductive health - recruit people to a health clinic in Nairobi, Kenya.