People and leaders from across the globe have paid tribute to Nelson Mandela, honouring the former president's death with words of respect for his life and achievements. More: Nelson Mandela: His Life and Times 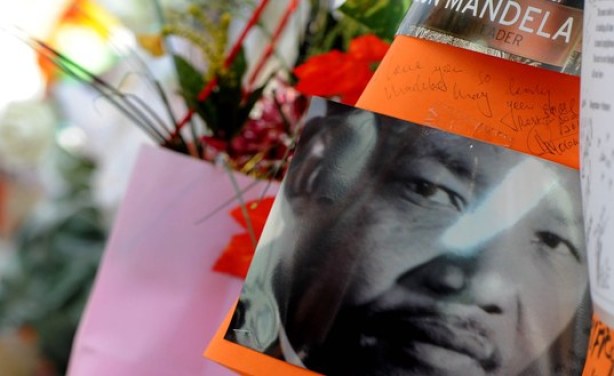 People leaving flowers and messages of support for Former President Nelson Mandela at Medi-Clinic in Pretoria.