The Meaning of Mandela

In columns, analysis and opinion, AllAfrica commentators and news partners reflect on the death of Nelson Rolihlahla Mandela. 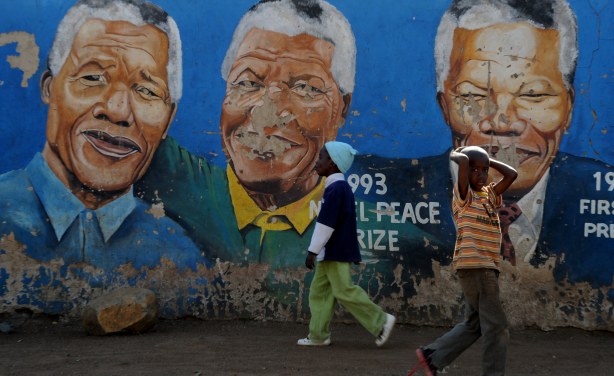 Children walk past a mural of Nelson Mandela in Soweto, Wednesday, 26 June 2013. The anti-apartheid struggle icon is still in a critical condition in hospital.