The UN has warned that the human rights situation in the country remains volatile. A new report by the organization documents wave of abuses, including extrajudicial killings, sexual violence, mutilations and enforced disappearances. 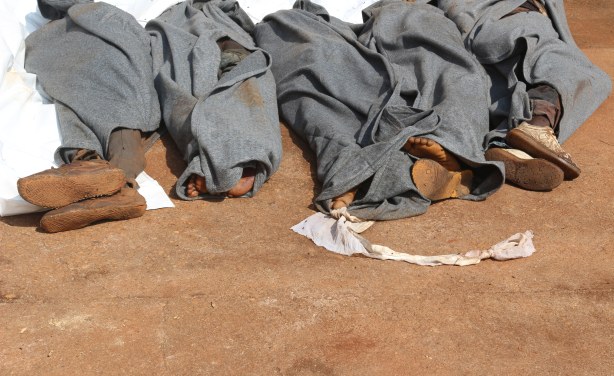 Bodies at the main morgue in Bangui.