The Chief Executive Officers of eleven companies operating in countries affected by the Ebola outbreak have called on the international community to step up the fight against the disease. They said in a statement that despite the challenging environment, "our companies have made long term commitments to these countries and their people and we intend to honour these commitments". 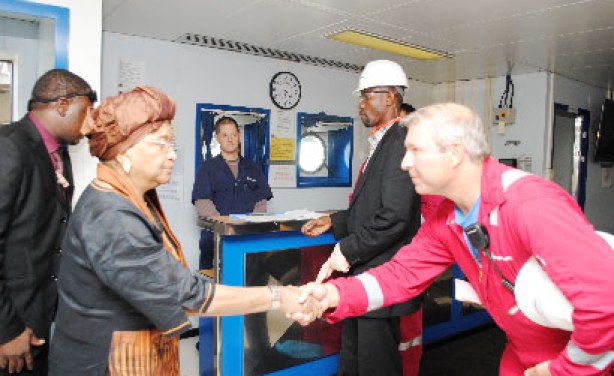 President Sirleaf meets a petroleum worker during a tour of an exploration rig.