The National Human Rights Commission has said that acts of violence resulting in fatalities had been reported in Akwa Ibom, Borno, Bauchi, Edo, Gombe, Lagos, Osun, Rivers and Yobe states. 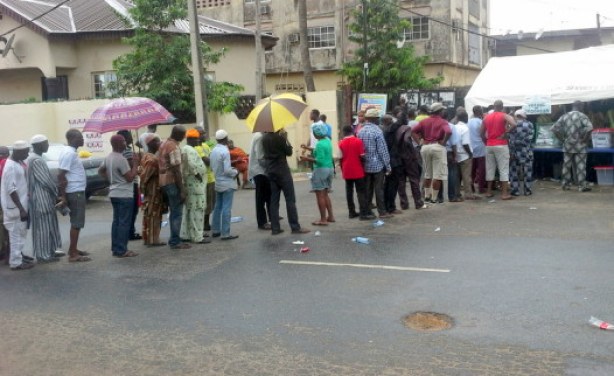 At a polling station.