In an historic ruling by the International Tribunal for the Law of the Sea - the first of its kind by the full tribunal - the body affirmed that "flag States" have a duty of due diligence to ensure that fishing vessels flying their flag comply with relevant laws and regulations concerning marine resources. 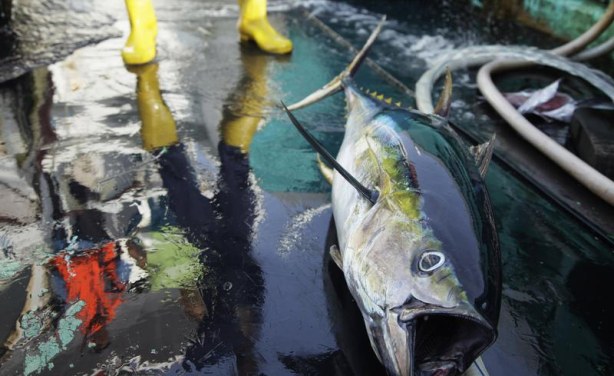 A yellowfin tuna lies on deck of a japanese fishing vessel.