"I've worked so hard to take our relationship with Africa to a new level," President Obama told a small gathering at the White House on Wednesday. He noted that his visit to Kenya and Ethiopia is his fourth to the continent since taking office - more than any other sitting president. He was addressing a reception celebrating renewal by Congress of the trade legislation known as the African Growth and Opportunity Act (AGOA)  - at a time Africa "has the potential to be the next center of global economic growth," he said. 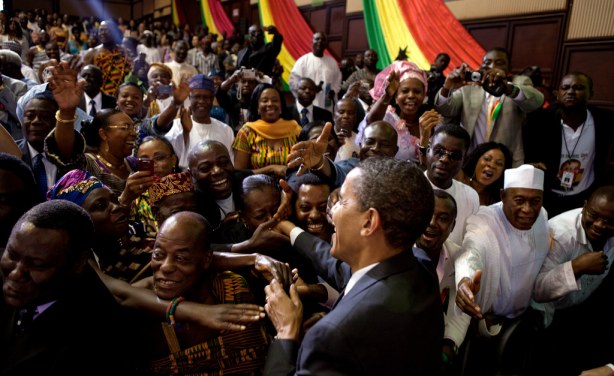