The three Al Jazeera journalists have been standing retrial for allegedly disseminating false information and working without a licence. 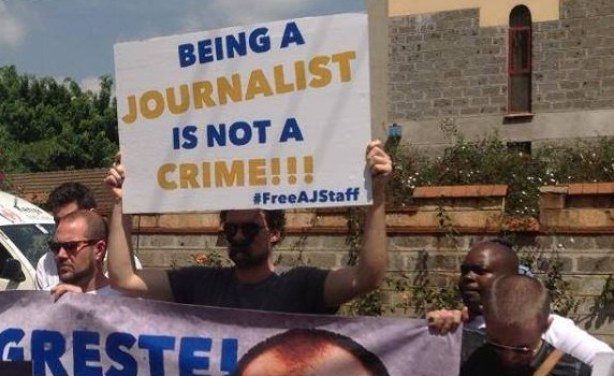