The country's electoral commission has announced the majority of votes are in favour of changes to the constitution to allow President Denis Sassou Nguesso to extend his 31-year rule, despite the process and results being disputed by the opposition. 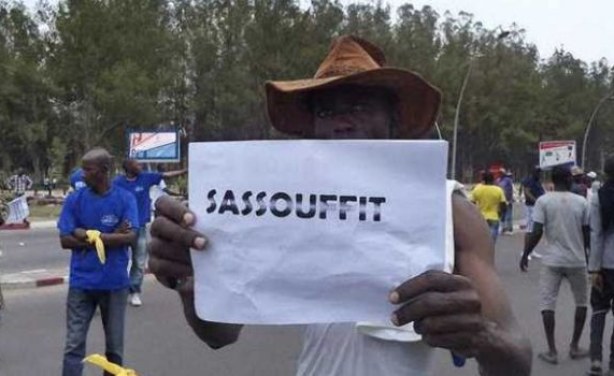 Protesting against the referendum.