The Pope's visit ends with him addressing the youth, who have flocked to Kasarani Stadium before he proceeds to Uganda for a three-day visit. 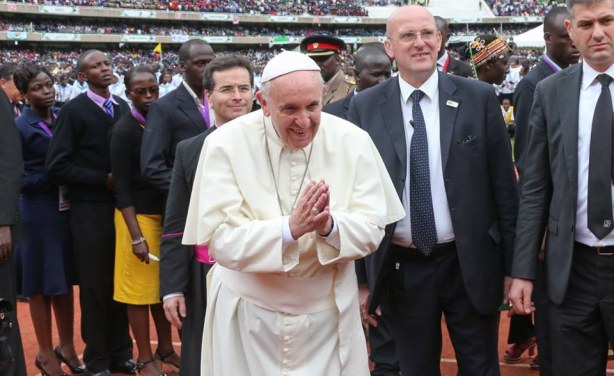 Pope at the Youth Meeting in Kasarani Stadium.