Hello... Where's This Talk of an African Debt Crisis Coming From?

"It is important to give some context with regards to Africa's past indebtedness," writes Carlos Lopes in a new essay titled, "They Don't Believe in the Future!" - a response to the buzz about another looming debt crisis in Africa. In the essay, the UN Economic Commission for Africa's Executive Secretary explains that "contrary to common perception, Africa's past over-indebtedness was not solely attributable to the continent's poor governance, corruption or conflict, as most would have you believe," and neither is the current stock of sovereign bonds "... reflective of incompetent governments building up unsustainable levels of debt." More about UN Economic Commission for Africa in this BRIEFING. 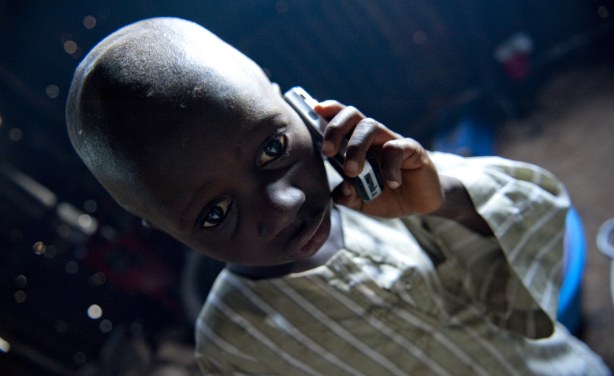 A child with a mobile phone.