Brexit will have profound consequences for the UK's status as a financial centre and gateway to the EU, for its trading relations with the world, and for its global influence, writes SAIIA. 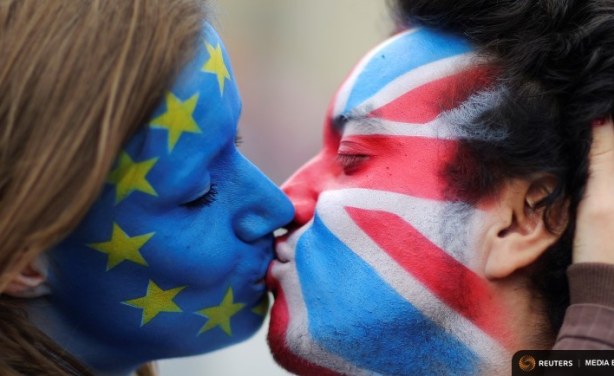 Two activists with the EU flag and Union Jack painted on their faces, kiss each other in front of the Bradenburg Gate to protest against Brexit in Berlin.