During President Jacob Zuma's local election results speech, four young women disrupted the televised event - reminding the country of the controversial rape case against Zuma before he took the highest office in the country. 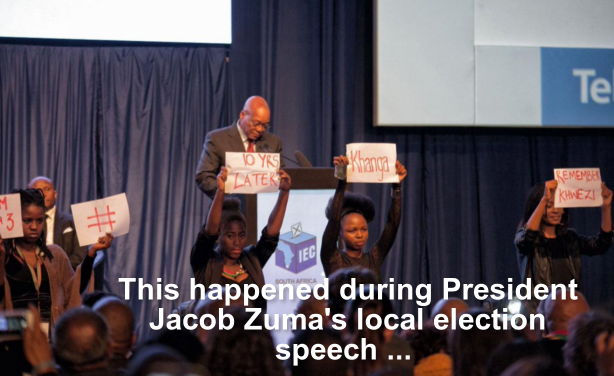