Jemima Jelagat Sumgong has won the country's first Olympic gold in Rio, becoming the the first Kenyan woman to take the title. 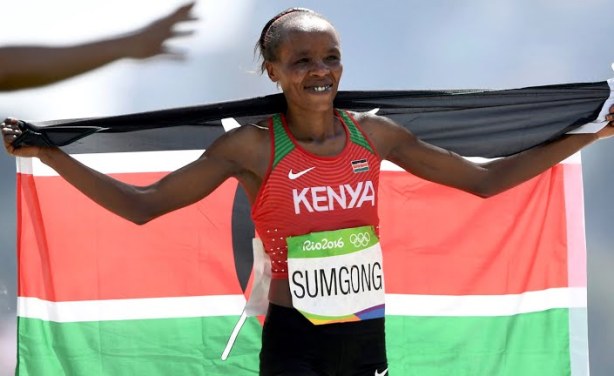