The militant group say they targeted the SYL hotel because it "is close to the presidential palace, and also home to apostates and unbelievers". 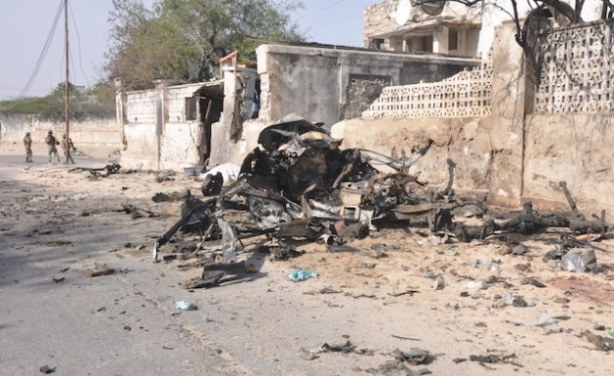 Wreckage of one of the suicide car bombs used to attack the presidential palace in Mogadishu, Somalia’s capital on Friday Feb. 21, 2014. Nine militants were killed in the attack (file photo).