The suspects have appeared at the Central Police Station for questioning over trafficking and abusing drugs. 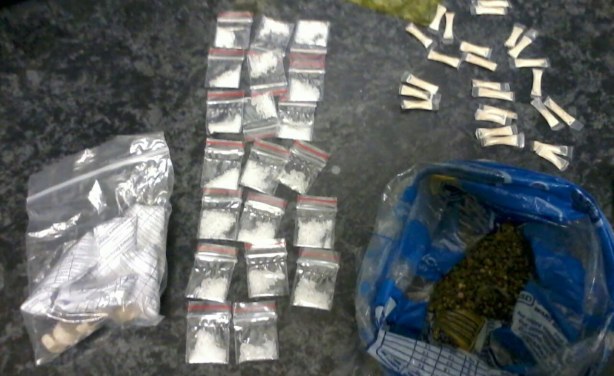