Cholera Expected to Worsen As Flooding Continues in Sudan

A nationwide cholera epidemic is expected to worsen during the current rainy season while authorities continue to deny the disease's existence, the Central Committee of Sudanese Doctors has said. Meanwhile, the government has warned that Khartoum and surrounding areas may be facing the worst floods in 100 years. 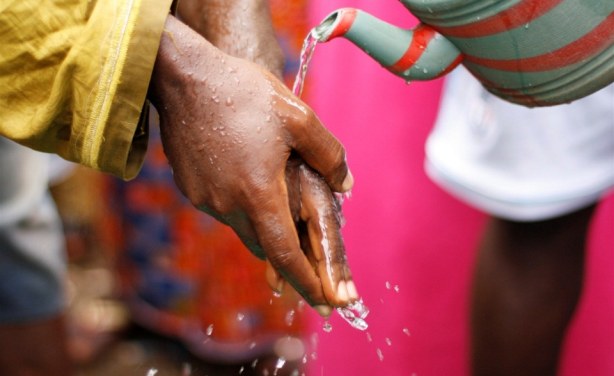 A man washes his hands during cholera prevention session