The Index Awards - often referred to as the Nobel Prize for Design - are considered the most prestigious awards in the field of design, with previous winners including icons such as Apple's iTunes and electric car giant Tesla. The awards, in five categories, have prize money of up to €500,000. 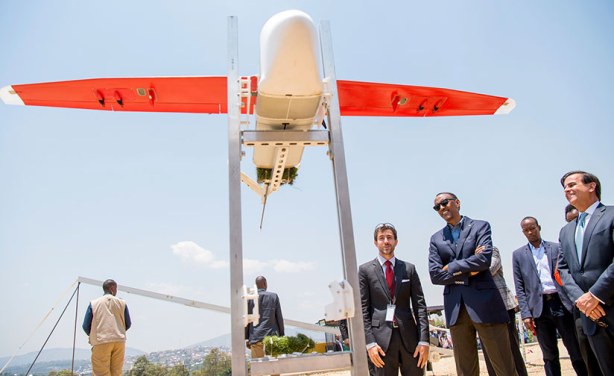 President Kagame with officials from Zipline Inc. at the launch of medical delivery drones in Muhanga District.