Zimbabwe's main opposition party the Movement for Democratic Change says their party leader Morgan Tsvangirai is recovering well in a Johannesburg hospital and "will be back home soon to prepare for elections". This follows widespread reports that he is in a critical condition, with some urging the world to "brace for the worst". Tsvangirai also dismissed the rumors using his Twitter account. 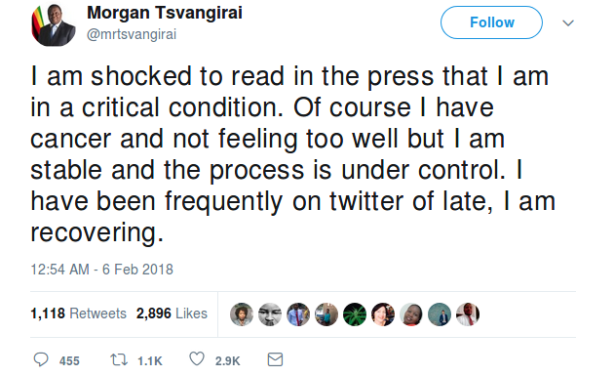