The ANC parliamentary caucus met in Cape Town on Thursday as South Africans waited to hear the fate of President Jacob Zuma. Addressing journalists outside Parliament's Old Assembly Chamber after the meeting ended, secretary general Ace Magashule and chief whip Jackson Mthembu said the meeting had been an internal matter. "So it was just to say hello, how are you, work hard and let's unite and bring confidence to society in general as well as the African National Congress," Magashule said. 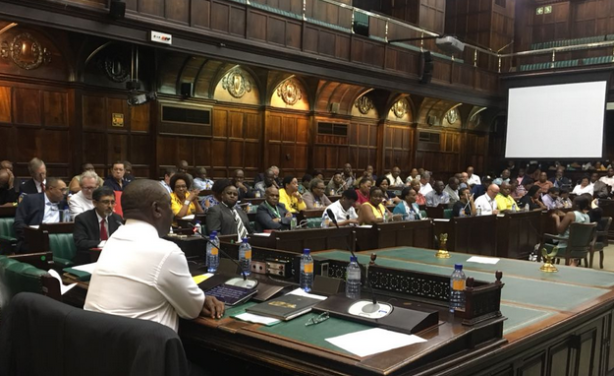 The ANC Parliamentary Caucus in its first meeting of 2018.