Violence erupted at the funeral of former prime minister and MDC-T leader Morgan Tsvangirai, when youths threatened to set alight a thatched hut in which the party's Vice President Thokozani Khupe, and Secretary-General Douglas Mwonzora had sought refuge after being assaulted. The two were accused of opposing acting party president Nelson Chamisa's plan to succeed Tsvangirai, who died of colon cancer. 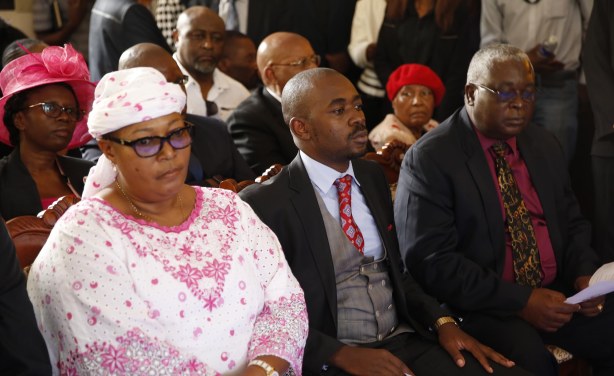 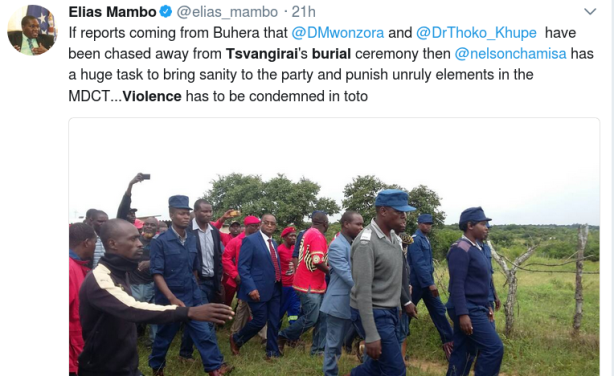 MDC-T VP Thokozani Khupe and Secretary General Douglas Mwonzora had to be escorted by police. 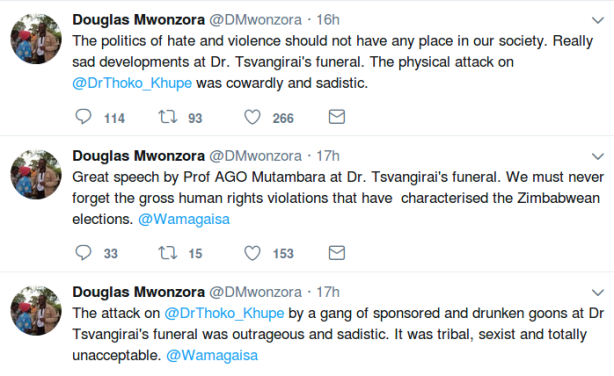