Government forces have regained control of large areas of the Kasai but sporadic fighting with militia groups continues as ethnic tension grows and more people flee, according to the United Nations. 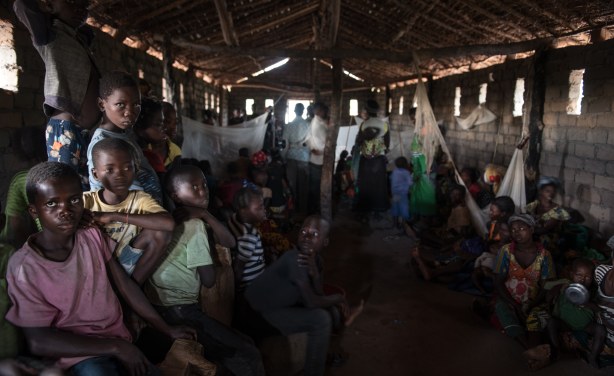 Displaced families shelter in a church in Tanganyika Province in the DR Congo.