The country's run-off election is set to take place as scheduled after the High Court lifted an interim injunction, two days after it temporarily halted the vote which had been scheduled for today (March 27). The National Electoral Commission has issued a statement saying logistical issues mean the election cannot be held as scheduled, and will now take place on Saturday March 31. 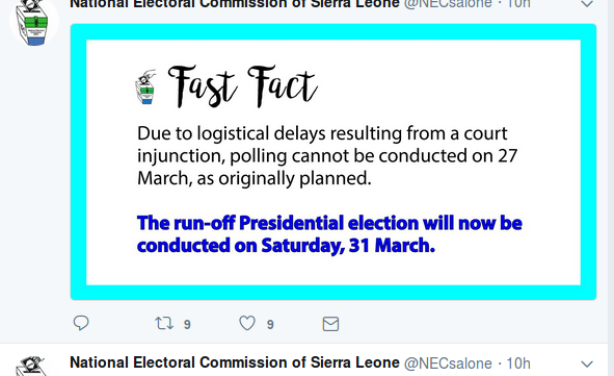