Miguna Miguna, the lawyer who attended the swearing-in of Raila Odinga as the "people's president" and who was subsequently deported to Canada, has been denied entry back into Kenya by authorities who said he needed a Kenya visa. He was forced to spend the night in detention at Jomo Kenyatta International Airport after refusing to leave the country in a Dubai-bound Emirates flight. 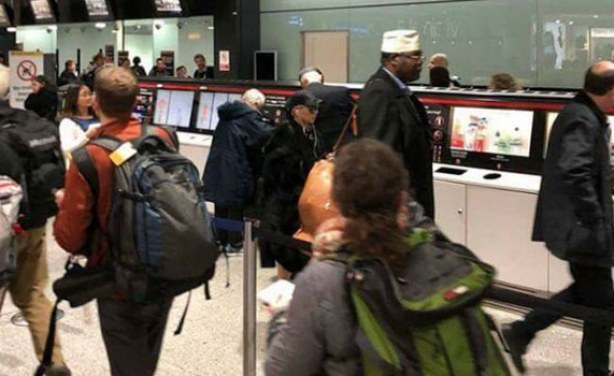