Self-declared 'general' of National Resistance Movement and lawyer, Miguna Miguna, has been kicked out of the country again after being detained in "toilet" at Jomo Kenyatta International Airport, 72 hours after his arrival from Canada where he was previously deported to for attending the swearing-in of Raila Odinga as the "people's president". He alleges he was dragged, assaulted, drugged and forcefully flown to Dubai. 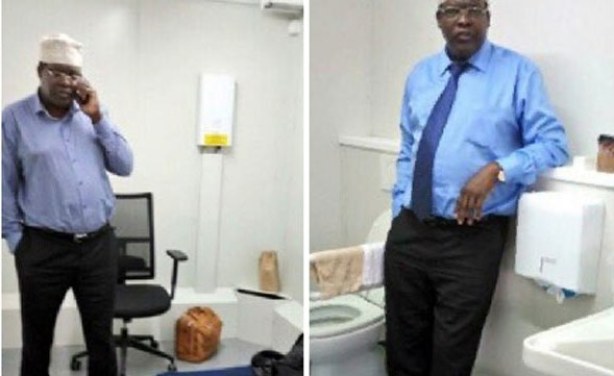 Miguna Miguna in the "toilet" cell in which he spent 72 hours at Jomo Kenyatta International Airport in Nairobi before he was deported on March 28, 2018.