Former Higher Education Minister Jonathan Moyo has used his Twitter account to draw parallels between the situation in Zimbabwe and the recent shock win by new Malaysian Prime Minister Mahathir Mahomed, urging former president Robert Mugabe to throw his weight behind an opposition coalition in order to bring to an end, President Emmerson Mnangagwa and Zanu-PF rule. 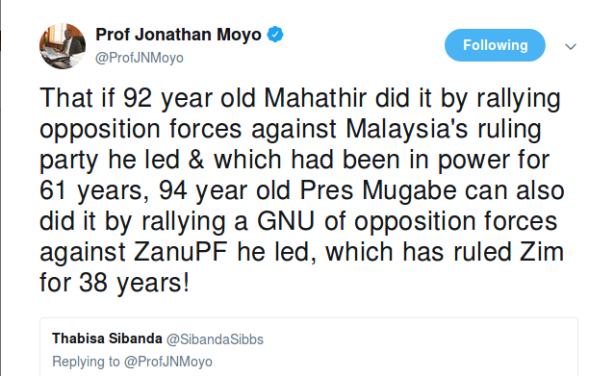