South Africa's government did not attend and has withdrawn its Israeli ambassador; the administrations of President Uhuru Kenyatta, Cameroon, Republic of the Congo, the Democratic Republic of the Congo, Angola, Ivory Coast, Rwanda, Zambia, South Sudan, and Ethiopia seemed to signal their approval of the U.S. embassy move to Jerusalem by attending the opening; Tanzania denied media reports that it attended "because they weren't invited"; Nigeria also denied attending; and the African Union has expressed "deep concern" about the situation. The opening of the embassy coincided with protests by Palestinians on the Gaza border which ended in the killing of more than 60 people. 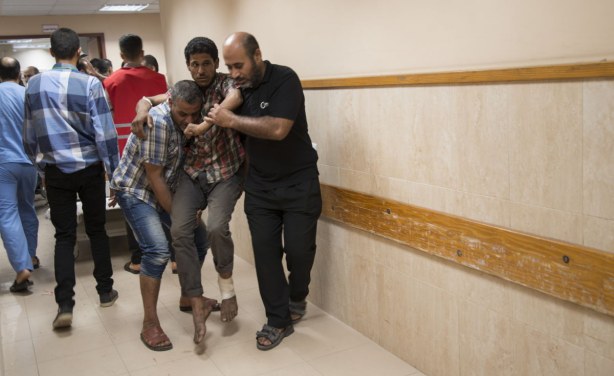 The emergency room in Al-Aqsa Hospital during the protests on Monday.