Every year, tourists and the international media converge on the kingdom of eSwatini for the reed dance - a ceremony where dancers, some as young as 11 dance bare-breasted and in short skirts and some with no underwear in front of eSwatini King Mswati III. The ceremony, well known as the day King Mswati chooses a new wife, has led to photographs of the naked women and girls appearing on pornography websites across the world. 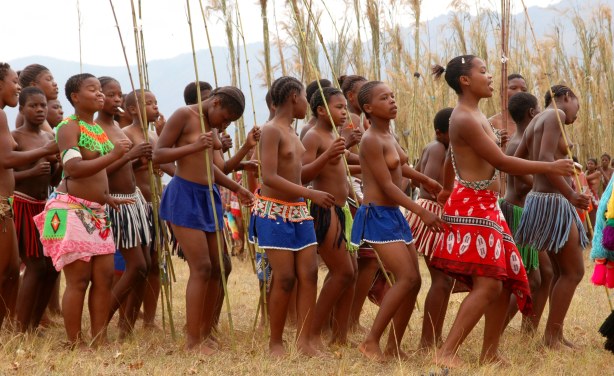