Immigrant-owned shops, belonging to people from Somalia, Bangladesh, China and Pakistan, have been closed after they were looted by residents protesting over poor services from the Lesedi Municipality in Gauteng, South Africa. This comes after xenophobic violence erupted in Soweto in which several foreign-owned spaza shops were looted and two were killed. 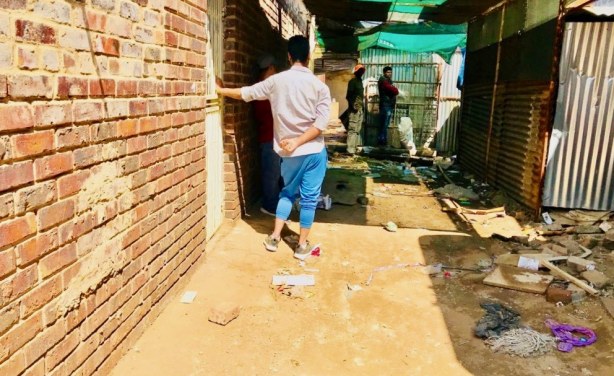 A Chinese man returns to Ratanda to see if there is anything left to salvage from his shop.