Former president of Uganda's main opposition party Forum for Democratic Change, Mugisha Muntu, has announced that he is quitting to form another political party. Muntu, who earlier lost the FDC presidency to Patrick Oboi Amuriat, made the announcement in a short Facebook post. 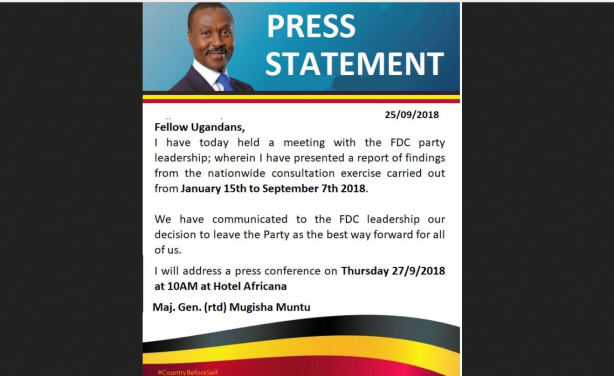